The kitchen island – the centre of a modern kitchen

There was a time when the kitchen was considered to be more of an auxiliary room, where only one person could fit in between the furniture, usually a paid kitchen assistant or the woman of the house. In fact, there was not even enough room for her in the kitchen, let alone a dining table around which the whole family could eat at once. Small spaces such as these can often be found in houses built a century or more ago, mainly in the City Centre and the Old Town.

This approach made the cooking culture individualistic. As there was no room for several people to work in the kitchen at the same time, cooking in the family usually remained a secret that only the mother was privy to. And so it was that several generations of young people grew up, for whom frying an egg was already a heroic act. The tiny kitchen, which was separated from the rest of the rooms, was not conducive to cooking becoming an activity enjoyed by the entire family, but instead left it to one person, becoming more of an obligation.

Fortunately, this situation did not last long – unlike the time of our grandmothers, the open kitchen is now in vogue and party cooking has become a social pastime. The wall between the kitchen and the living room is usually demolished in such a way that the kitchen becomes a niche, one that smoothly transforms into a living room with a dining table or a kitchen island. New residential buildings are mostly designed with kitchens that are already open.

Cooking changed from a secret activity to one that is semi-public, and open kitchens brought about a change in the culture of home parties. While they had once been the culinary solos of one person, who brought forth more and more new delicacies from the kitchen, it was now becoming the norm to prepare a joint meal together. Firstly, the kitchen niche could accommodate more people, and secondly, the lack of a wall allowed unhindered communication between the kitchen and the living room. And cooking is no longer just the job of the woman of the house; young people who have grown up in recent decades can usually handle soups, salads and pasta dishes, not to mention frying eggs.

The kitchen island is the next level of inclusive cooking culture. Located on the border of both the kitchen and the living room, unlike the dining table, it is not a dividing line, but rather a connector. Depending on what tasks we bring over from the wall to the island, the kitchen island can serve as a work surface, a serving tray or even a dining table. A place in which to consolidate the wine refrigerator, kitchen cabinets or shelves, a base for a stove or sink – in short, the centre of the whole kitchen, around which you can gather with family or friends to cook first and then eat. 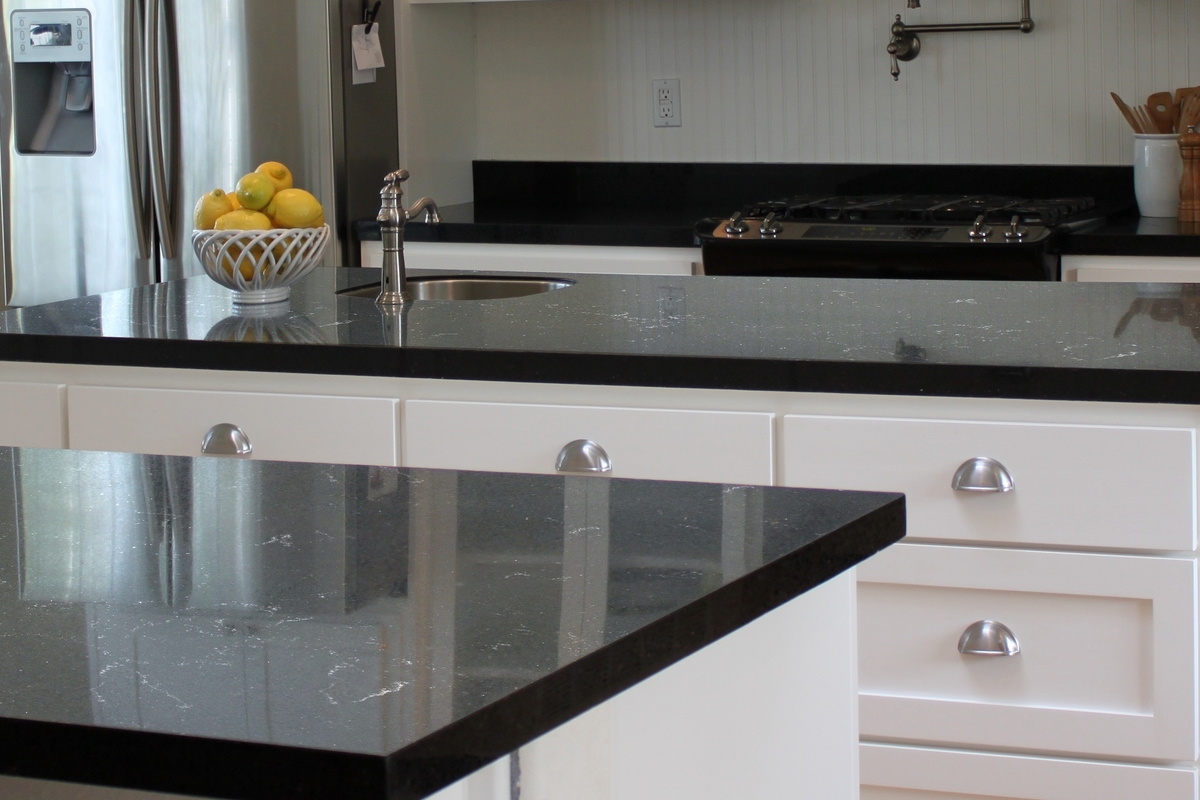 A survey, conducted by the website Houzz, found that the most important kitchen trend in 2020 is the kitchen island. As many as 61% of the 2600 homeowners surveyed said that they had already built a kitchen island in their home or were planning to do so.

The ideal kitchen island is exactly as you picture it in your mind’s eye. There is no need to set limits on your imagination. Island planning can thus begin with the gathering of ideas from Pinterest or another similar image bank. Even if the builder is left scratching his or her head at first, everything is feasible. 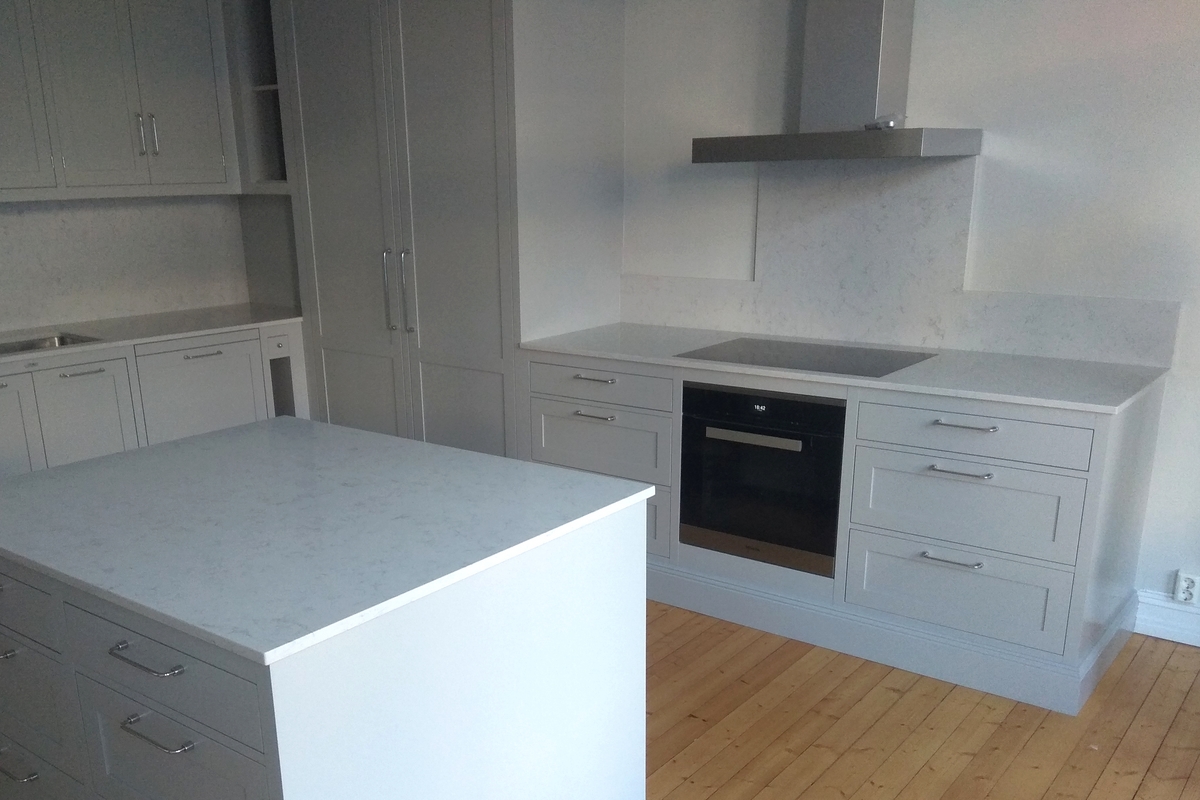 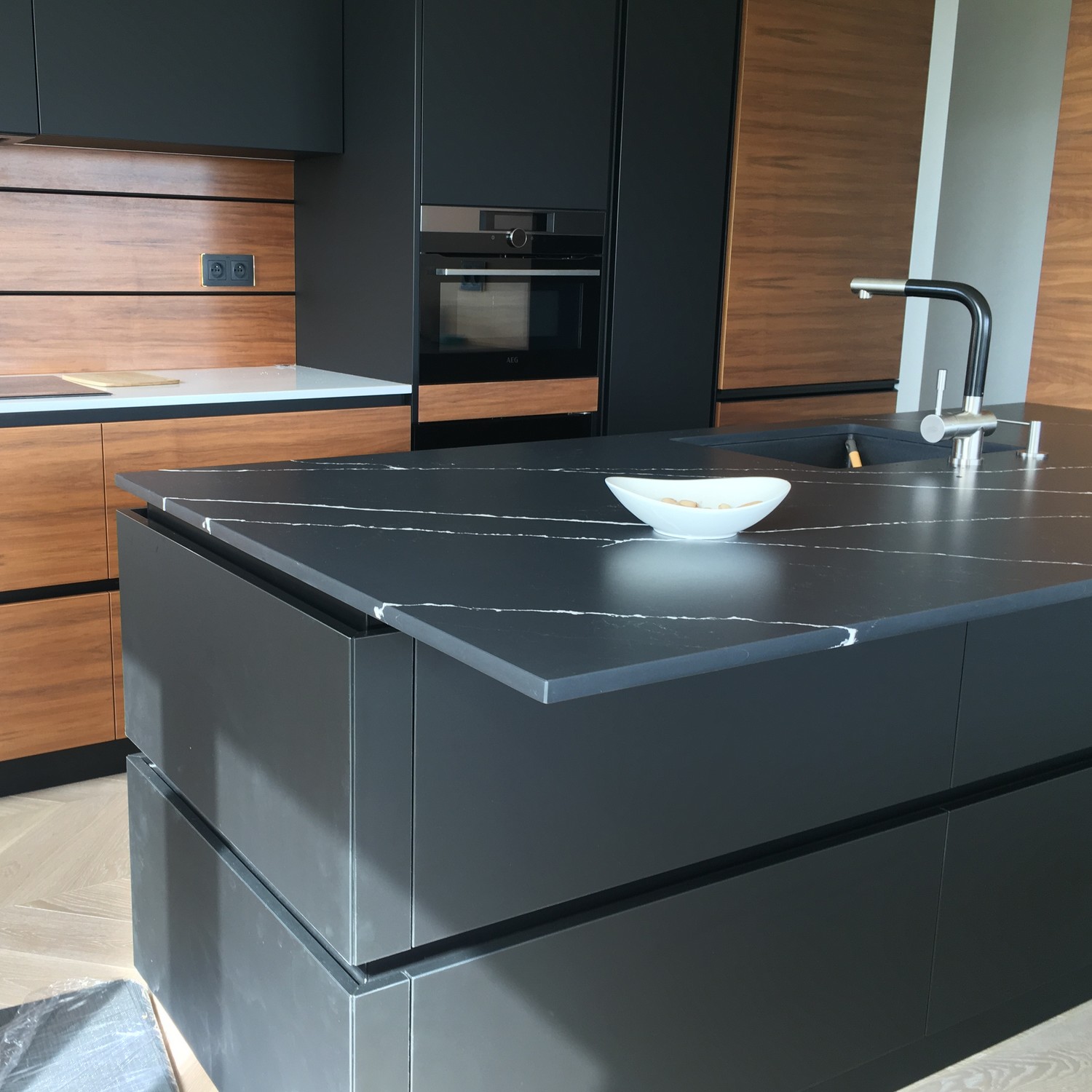 Once the most interesting islands have been found as an example, you need to think about how the island and its tasks will fit in with the rest of the kitchen furniture. Should a refrigerator fit under the island, or is there a refrigerator at your fingertips? Will the island serve as the main worktop in the kitchen for cooking, or rather as a table with storage instead of legs. Maybe it would be great if the island looked like a bar counter when viewed from the living room? How much space must be left between the island and the kitchen furniture located by the wall, in order for it to be comfortable to work there? Or is it even necessary to have the usual kitchen furniture located by the wall, if everything you need can be consolidated on the island? The latter, by the way, is a sensible solution for smaller kitchens.

Be that as it may, the kitchen island (usually completed according to a special project) should remain beautiful for a long time. And if you are looking for a long-lasting material, the first choice could be to recommend a stone that can cover both the work surface and the sides of the island. Modern technology allows for stone slabs of any shape to be cut, including the necessary spaces for a sink or stove. A stone worktop is easy to maintain, it is significantly more impact and dirt resistant compared to laminate or wooden surfaces, remaining beautiful and unchanged for decades.

What kind of stone should be used to cover the worktop on the kitchen island?

The choice of stone depends on the customer’s wishes and the general colour scheme of the home. Some people like dark granite, some like a grey-beige limestone, and some like white, black or green marble. If you want to find something special and different, you should also consider the possibilities offered by artificial stone. Although quartz has a pattern imitating natural stone, it is porous and hygienic, often best suited for a kitchen island in contact with food.

The aforementioned survey conducted by Houzz found that neutral tones continue to be preferred when choosing kitchen furniture. However, single-color furniture is losing popularity, with as many as 39% of home decorators prefer a varying colour scheme, where the colour of the doors and drawers is balanced by a distinct worktop.
Among the colours of kitchen furniture, the most popular were grey (22%), followed by blue (19%), and black (11%). Depending on the interior style, it may also be interesting to combine the stone worktop with a counter-coloured artificial granite sink. A beautiful overall impression can also be achieved if the solid colour furniture frame is complemented by natural wood doors or a background stone with an interesting pattern that is clearly distinguishable from the wall colour.

Find out about kitchen renovation options from our sales representatives and calculate how much a stone kitchen worktop would cost.