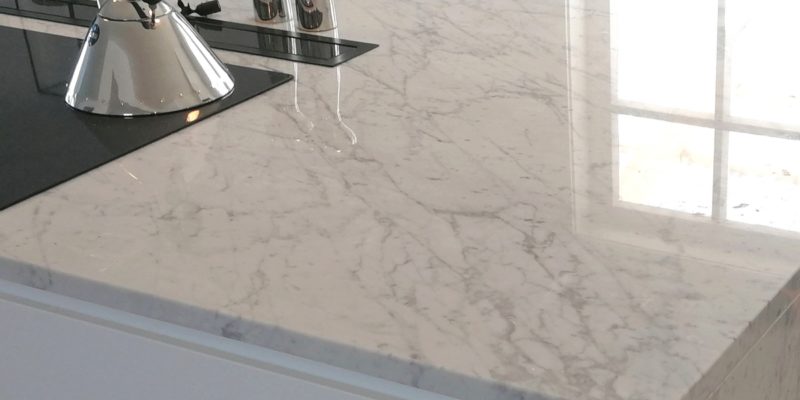 No other stone is known as widely and loved as much as white Carrara marble. Throughout millennias Bianco Carrara has been a timeless and unique symbol of luxury. Besides the glorious past of this legendary stone it is remarkable how it has been able to withstand all the changes in fashion trends and styles over the course of timet. Durability of Bianco Carrara and it’s mesmerizing pearl-like glow will last forever.

Distinctive characteristic of this marble has to be the flowing texture that was formed by melted rock solidifying mid-flow. This pure and luxurious marble was formed millions of years ago from limestone and dolomite due to high temperature and enormous pressure. Another feature of these fine and elegant flowing veins are crystallized minerals that once were brought there by water and solidified into the rock once the liquid had vaporized.

Flowing texture, purity and color are traits which are used today to classify Carrara marble. Even though Bianco Carrara is an umbrella term widely used for all white marbles of Italian origin, there are some people who would disagree. For geologists: Statuario, Calacatta, Venato, Arabescato and others are all result of the same plate-tectonic process that formed marble in the Carrara region. The difference between all the marbles named above and others (more than 150 different) are made by stonemasons, sculptors and other professionals who have been carving the material for centuries and who, for practical reasons, care much more about its looks.

High concentration of pure calcite gives marble its white characteristic and precisely this kind of high-quality marble is being found in quarries in the Carrara region. There are three levels of quality for Bianco Carrara marble. First there’s Bianco Carrara C – it’s the highest quality white marble in existence and this is the kind of Carrara we provide at Granitop. Then comes Bianco Carrara CD – it has a background that is somewhat more grey, the veins are fainter yet the texture is more pronounced in this white marble. And finally there’s Bianco Carrara D – the background is even more grey and the texture quite faint in this level.

In Carrara quarries besides Bianco they also mine more exclusive Calacatta marble. This type of white marble has fewer veins but they are also wider and much stronger. The color of the veins can be grey, green, brown or even yellow – also known as Calacatta gold. Because the nature of stronger texture in Calacatta it’s far easier to fill larger areas with it, thus it has become favorite of many interior designers. 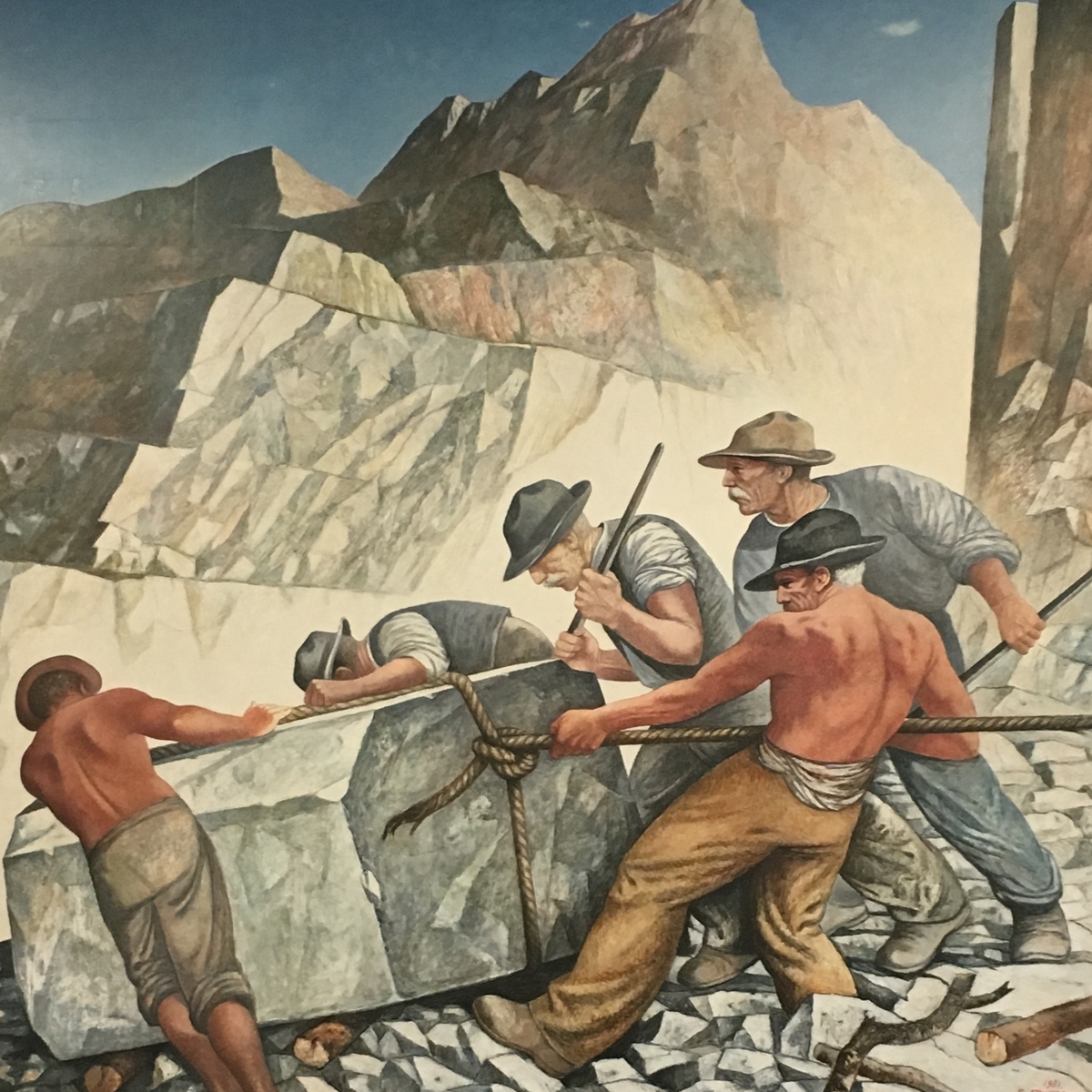 In ancient times when there were no power tools and marble was cut with much more simple tools, the acquirement of more exclusive marbles was even more labor intensive than it is today. In those times marble was mostly quarried in the mountains. They used wedges to extract the blocks which were then transported on sledges powered by oxen. Sometimes the boulders were simply let to roll down the mountainside which left rubble measuring tens of meters thick in several valleys.

It is believed that beneath Massa and Carrara province there is a layer of marble several hundred meters thick yet the production of accessible deposits is quite limited. Over time it has got only harder to find marble of the purest quality which means that the price of marble only continues to rise. The rising number of people who like to invest in materials with lasting value only contributes to this even further. Bianco Carrara marble is one of the brightest examples of such materials which quality and value last through time.

Well known buildings made with white marble include such well-known architectural pearls as:
The Leaning Tower of Pisa, Pantheon in Rome, Taj Mahal